20 grandchildren ended up living all over the world 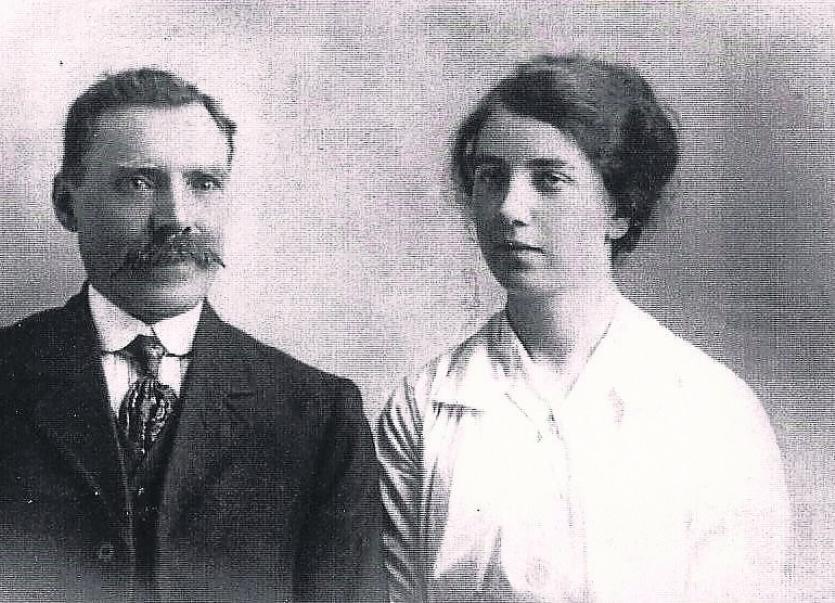 This Saturday August 24, the descendants of Robert and Helen Myles of Breesy (outside Ballyshannon) will celebrate their 100th wedding anniversary.
Robert was born in 1859 just ten years after the potato famine. In his late teens he left for America and lived a whole life there before returning to County Donegal where he married Helen Stevenson from Glasgow – when he was 60 and she was 23.
They set up home on the side of Breesy mountain and had six children, all of whom married and two of whom, Jim and John Myles, still survive. The other siblings were Bertie, Molly (Clarke), Annie (Wilson) and Bessie (Burns). John Myles, now in his early nineties, remembers: “I suppose it could be said that our home was uniquely situated - in full view of the front of Breesy, though there were certainly times when we got more than enough ‘fresh air’.”
Some grew up and stayed in South Donegal - Molly married Ernie Clarke who ran a shop in Castle Street, Ballyshannon for years. Jim worked in the same shop.
In their later years Robert and Helen’s six children often reminisced about the life they had in the 1930s – going to school in Carricknahorna National School (three miles each way) and spending the summer barefoot on their small farm in Derrynarannog. The family made bee skips, jam, straw mats and made rope out of hay. They fished on Lough Calm, protected birds’ nests, sighted the odd corncrake and thrashed their oat crop manually. They remembered the Sunderland Flying Boat which crash-landed in the bog in Cashelard.
Their neighbour and cousin Bob Myles was known far and wide for his notable mixture of skills - mending clocks, herding cattle and playing the flute.
One of them pursued third level education and became a primary school teacher (in Greencastle). The Donegal Democrat even recorded the event: “Miss Bessie Myles took fourth place in Eire, she is a pupil of Carricknahorna National School of which Miss B McFadden NT is principal.”
The 20 grandchildren ended up living all over the world and many of them are now coming together to celebrate their remarkable forebears. They worked out that the most geographically central place for the four generations to meet is in County Antrim. But each family will receive their copy of this edition of the Donegal Democrat.