Mother to make charity swim between Cruit and Owey islands

To brave the icy waters off the west coast of Donegal 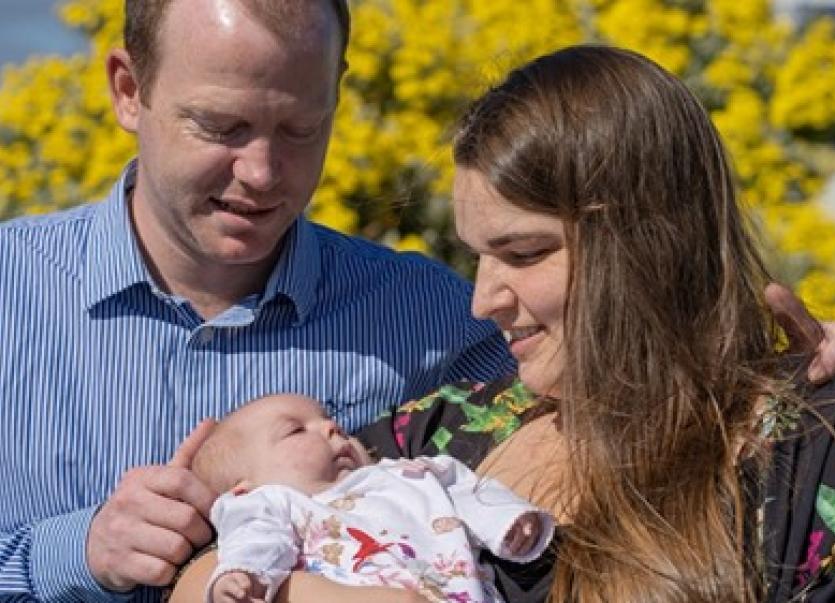 Fiona Harrington with partner, Dwain Rodgers and their six and a half month old daughter, Willow

A mother whose child has a life-limiting condition is to brave the icy waters off the west coast of Donegal to raise money for a very worthy charity.

Fiona Harrington's six and a half month old daughter, Willow, has a condition known as Smith-Lemli-Opitz syndrome which affected her production of cholesterol.

She and her partner, Dwain Rodgers live in Mullaghduff but because of Willow's fragile state, she is unable to travel without complications.

Fiona, who is from Bere island off the coast of west Cork, hoped to take her child to meet her grandparents but were afraid it could prove too much for their child.

In stepped the charity BUMBLEance with its fully interactive and modern ambulance service for critically ill children. They arranged to pick up Willow, take her to Carrickfinn where they flew the family to Kerry where another BUMBLEance ambulance was wiating to take them to Bere.

"It was brilliant. Willow's condition means she is on oxygen, feeding tubes and different medications all the time so it was going to be really hard for us to take her to my home."

She added her fundraising swim would take place on Saturday week, November 2, between Cruit and Owey islands, weather permitting.