Shock and disappointment at sudden closure of playground facilities 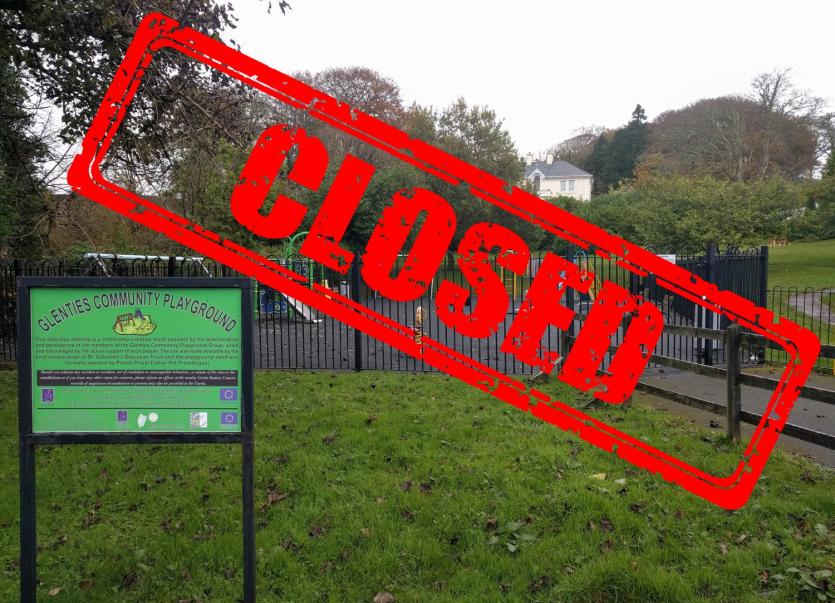 Glenties Playground Committee is calling on people to contact their local representatives to try and secure the future of the playground.
The committee took to Facebook late last week to announce the closure of the playground.
“It is with regret that Glenties Playground Committee has taken the decision to close the playground.
“It is unfortunate that our efforts to get Donegal County Council to honour their obligation to put the Playground under their authority has been unsuccessful to date. This is unacceptable and left us with no choice but to close it, especially in the light of other playgrounds being funded for maintenance and insurance in this electoral area.
“At this point, we ask that all parents and guardians make representations to their local representatives to rectify this situation as soon as possible.
Cllr Anthony Molloy (FF) said: “I have been in contact with Donegal County Council officials today regarding the issues arising from the closure of the local children’s playground in Glenties.”
Meeting
He said that himself and Leas-Cheann Comhairle Pat the Cope Gallagher had arranged to meet the playground committee.
“I am confident we can find a swift resolution to the ongoing issues and have it re-opened for the children as soon as possible,” said Cllr Molloy.
Glenties Community Development also issued a statement via social media following the playground closure: “This news has come as a shock to us all today. There were no indications that the playground was under immediate threat of closure and if there was we would certainly have acted as best we could.
“However we have already spoken to several elected representatives today regarding this issue and we hope a resolution will be arrived at shortly and as a committee whose remit is to enhance and improve the town infrastructure, we stand ready to help fight for this facility to reopen as a matter of urgency.”