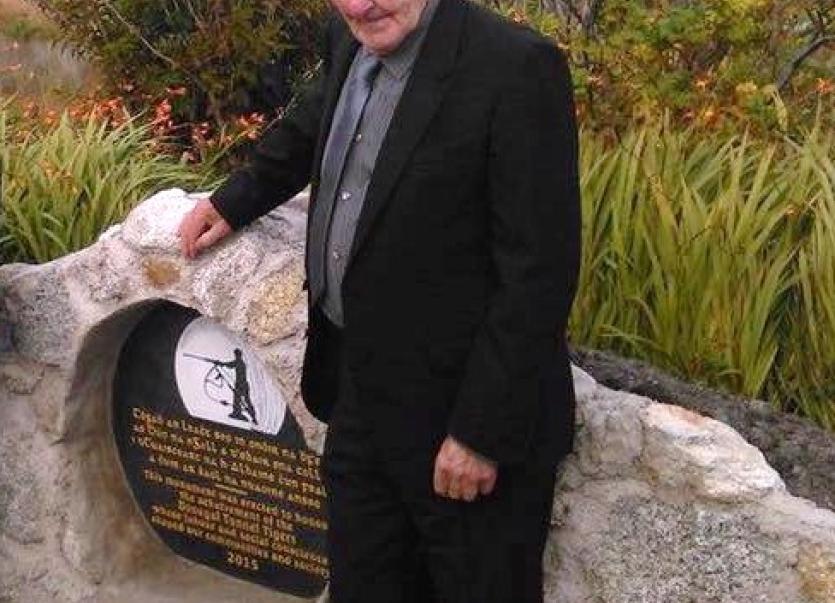 Gaoth Dobhair man, Hughie McBride who played a pivotal role in setting a record for breaking through 557 feet of rock in 1955 passed away at Letterkenny  University Hospital on Wednesday, October 23.

Hughie Eoin Hiúdaí McBride of Coshclady, Bunbeg was one of 45 workers known as the Tunnel Tigers who made history by grinding through 557 feet of rock in seven days. This amazing  feat was achieved while building the St. Fillans section of the Breadalbane Hydro Scheme in Perthshire. The world record-breaking Tunnel Tigers who worked round the clock to achieve the feat received a £20 bonus at the time. The amazing achievement was created between October 20 and 27, 1955.

The tunnel network enabled the transfer of electricity from the power stations around the dams of Loch Lyon, Loch Earn and Loch Tay.  However, the often dangerous and difficult conditions took their toll at the time and over subsequent decades.  Some workers paid the ultimate price with their lives, while others suffered life-changing injuries. Many workers also suffered from lung illnesses associated with the unhealthy working conditions they endured, deep underground the hills of Scotland.

Hughie who was born in 1927, worked in the former  carpet manufacturing plant, G.T. Carpets Ltd  on the Gaoth Dobhair Industrial Estate from 1971 until it ceased operating in 1979. He was married to Mary Fhearagáil Boyle who was originally from Dore, Bunbeg. She sadly passed away in November 2006. They were also predeceased by their son, Joe who died on the October 15, 1979 at the tender age of 14.

Hughie was a man of quiet nature and was highly regarded by everyone who knew him. He was a loving father and grand-father and he will be sadly missed. Two years ago he was very happy and proud to be  present at the unveiling of a plaque for the Tunnel Tigers on the N56 road at Loughanure. Another monument for the Tunnel Tigers was officially unveiled at St. Crona’s Church, Dungloe in August of this year.

His remains reposed at his Coshclady home on Thursday and Friday. His concelebrated Requiem Mass was celebrated in St. Mary’s Church, Derrybeg at 11am on Saturday.  The main celebrant of the mass was Fr. Brian Ó Fearraigh, C.C., and Séiplíneach Phobal Scoil Ghaoth Dobhair and con-celebrant was an Dr. Ró Oirmh. Pádraig Ó Baoighill, P.P., Gaoth Dobhair.