Mica is top of Nicholas Crossan's agenda as president 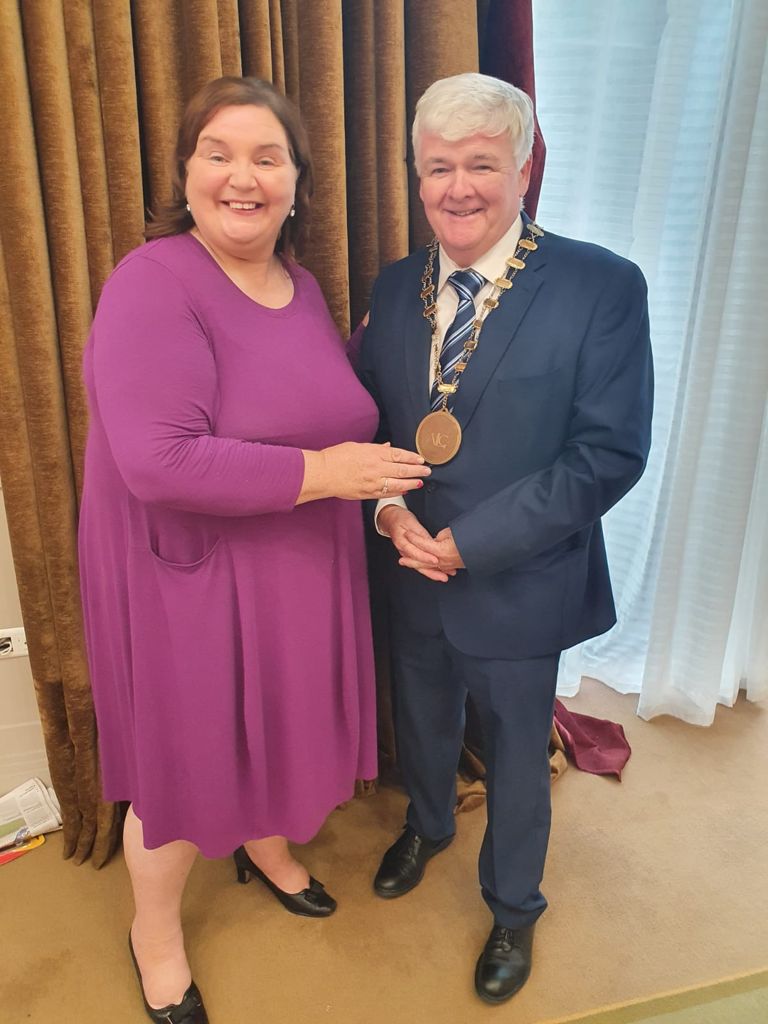 Independent councillor Nicholas Crossan has become the first Donegal person to be elected president of the Association of Irish Local Government.

“AILG is planning to hold two conferences this year and I intend to bring one to Buncrana, next April or May, which will mean an influx of more than 400 delegates.

“It will be a great boost for businesses in the town. I have brought a few before and all the hotels and Bed and Breakfasts were booked out, for two or three days. I always get great feedback from visitors about Buncrana, about how well it looks and how it is a great spot to visit. So, I am looking forward to welcoming all of the councillors who want to come, to Buncrana.”

According to Cllr Crossan, the purpose of AILG is to enhance and support the role of the councillor.

“This could be training in various different areas, finance, budgeting, roads, transportation and housing. We provide training courses throughout the year for all councillors. That means they are up-skilled and better equipped to serve the local authority to which they are elected and the community that elected them.

“We also provide the Minister [for Housing, Local Government and Heritage] with input regarding legislation. If there is anything relevant to Local Government going through the Dáil, the AILG would be consulted and we would put a summary together on our position on whatever is happening on it.

“We engage with all government agencies and government bodies, national bodies, anything that is relevant to local government, we get involved in it.

“The executive, which consists of 10 members elected out of the plenary, meets once a month and prioritises what AILG needs to be looking at. Local authority is very fluid. It changes day to day. There is more legislation. So we have to be kept abreast of the legislation that is coming out from the various Government departments. Our latest issue was the pay increase for the councillors, which happened last year, and brought us into line with grade 4 of the civil service.”

Cllr Crossan said it was good to get pay parity for councillors as the matter had not been examined for 21 years.

“We were happy to get that over the line. We say pay or salary should not be an incentive to join a local authority but neither should it be a deterrent. In reality, €17,000 is not a great figure for a young person trying to rear a family or pay a mortgage. They should not be discouraged from joining their local authority.

“What we want to do is get across the community, all parties, all divides and attract new blood into local authorities so people get their views aired.

“I will probably be going to meet the Minister for Housing shortly and, speaking for myself, the issue of mica will be top of my agenda. After all, the AILG executive is made up of councillors from affected counties,” said Cllr Crossan.
A

ILG is an amalgamation of the members of the town councils and the county councils, which took place after the 2014 local elections. One of its former presidents, Colm Brophy, was subsequently elected to Dáil Éireann.

Keeping extremely well since contracting Covid-19 in March 2020, Cllr Crossan was elected president at a socially distanced function in the City Hotel in Gormanstown in County Meath on Thursday.

“My number one priority would be to unify our councils so we could say, after the next local government elections, what party or grouping was going to hold the presidency and vice presidency going forward. We did that with the town council and the system worked very well. Every party and non-party got a shout.

“There is a huge responsibility on councillors. We decide how budgets of millions and millions of euros each year are going to be spent, how each county is going to be run.

“Here in Donegal, we have to look at our development plan, how our county is going forward for the next 20 years. What is going to be our legacy as councillors? We have to be careful in planning and finances. The role of the county councillor is a very important one. I would like to encourage new councillors young people in because it is like any other committee, the older people there and it gets stale and you love to hear a new vision and get new voices in,” he said.

Prior to 2014, there was no Independent group in county councils, so, in 2014, Cllr Crossan formed the grouping. It now has 18 members on the AILG plenary.

“We meet once a month. It is an extremely informative group and support, network. We elected our first senator ever, Senator Victor Boyhan, in April 2016.”

“It is fitting the first letter I sign will be a letter of condolences to Bernard's wife and family.”