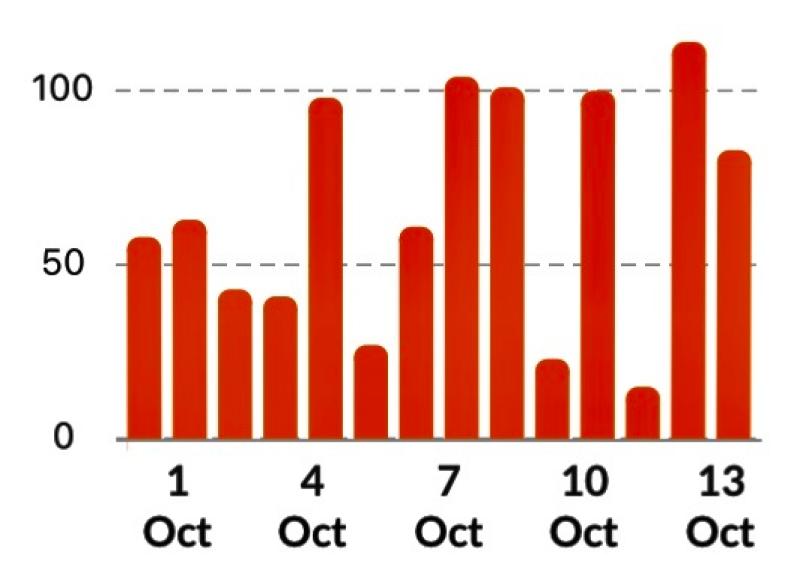 While all local electoral areas (LEA’s) in Donegal are now registering a Covid-19 incidence rate below 1,000 cases per 100,000k of the population over the latest two week published analysis, the Donegal Local electoral area (LEA) is the only one of the seven in the county that has recorded an increase in the figures that are released by the Health Protection Surveillance Centre (HPSC) every two weeks.

It is now ranked fourth of the of the seven LEAs in the county, previously having registered the lowest incidence rate in the county.

In other words the rate has been coming down everywhere except the south and south west of Donegal.

Milford 143 confirmed cases with a rate of 1,038.4 but in the latest two week analysis that

The most noticeable change in the data has been the increase in both cases and incidence rate in the local area of Donegal which stretches from Bundoran over to Glencolmcille.

In the previous data, it had registered 93 cases in the period from  September 13-27 with an incidence rate of 352; that latter figure has jumped to 630.4 and 167 confirmed cases.

Glenties and Buncrana LEAs have the lowest incidence of the spread of the disease at present.