Turbines at one of Donegal oldest wind farms to be replaced by larger, more powerful versions 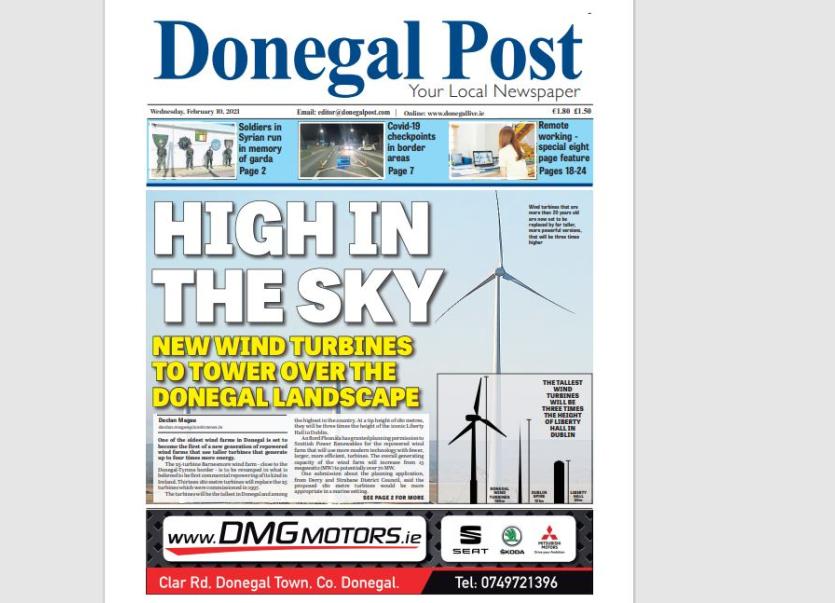 One of the oldest wind farms in Donegal is set to become the first of a new generation of repowered wind farms that use taller turbines that generate up to four times more energy, today's Donegal Post reports.

The 25-turbine Barnesmore wind farm - close to the Donegal-Tyrone border - is to be revamped in what is believed to be first commercial repowering of its kind in Ireland. Thirteen 180 metre turbines will replace the 25 turbines which were commissioned in 1997.

The turbines will be the tallest in Donegal and among the highest in the country. At a tip height of 180 metres, they will be three times the height of the iconic Liberty Hall in Dublin.

An Bord Pleanála has granted planning permission to Scottish Power Renewables for the repowered wind farm that will use more modern technology with fewer, larger, more efficient, turbines. The overall generating capacity of the wind farm will increase from 15 megawatts (MW) to potentially over 70 MW.

One submission about the planning application, from Derry and Strabane District Council, said the proposed 180 metre turbines would be more appropriate in a marine setting.