Massive effort to clean up Muff to Quigley's Point road 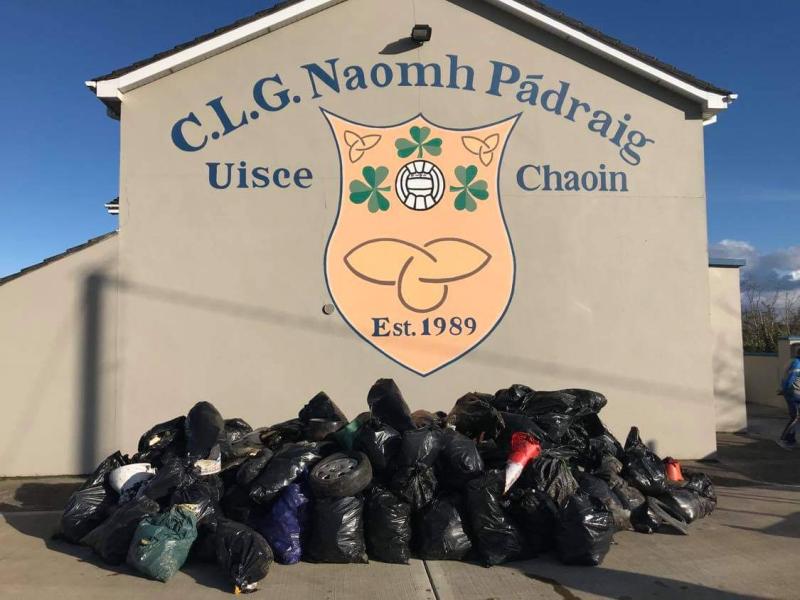 Massive effort to clean up Muff to Quigley's Point road.

The highways and byways from Muff to Quigley's Point are like new pins following two mammoth spring cleans.

Volunteers from CLG Naomh Pádraig Uisce Chaoin undertook a litter pick in their area, while Redcastle Environmental Group cleaned the coastal area from Redcastle to Drung and Quigley's Point.

He added: “I am a member of CLG Naomh Pádraig Uisce Chaoin and when they mentioned the litter pick to me, I suggested that we get Donegal County Council involved, make it a joint effort between the club, the community and the Council. This is what the club did and it went down very, very well.

“My involvement was mainly as a member of the club and to be fair, when I contacted the Chief Environmental Officer Michael McGarvey, he was more than happy for the Council to get involved.

“They supplied more than 40 litter pickers, black bags and gloves. The Council also collected all the bags of rubbish from the clubhouse at 8.00am on Sunday morning.

“It was a really good joint effort between CLG Naomh Pádraig, the community and Donegal County Council.

“In fact it was so good, the club has agreed that, throughput the summer, we are going to do a number of these clean ups.

“When you are driving along, you can actually see how clean the roads are since this initiative happened. Obviously you are going to get recurring incidents but we are going to try to keep on top of it through out the summer when the evenings are clear and the days are long,” said Cllr Crossan.

He said: “The Redcastle Environmental Group, which is headed up by Tanya McColgan, concentrated on the shoreline.

“They did a number of clean ups from Redcastle to Drung to Quigley's Point. Again they are to be congratulated on that initiative.

“Donegal County Council supported this group too. Everybody involved deserves great praise. The Council was not found wanting when it came to helping and supporting these groups.”