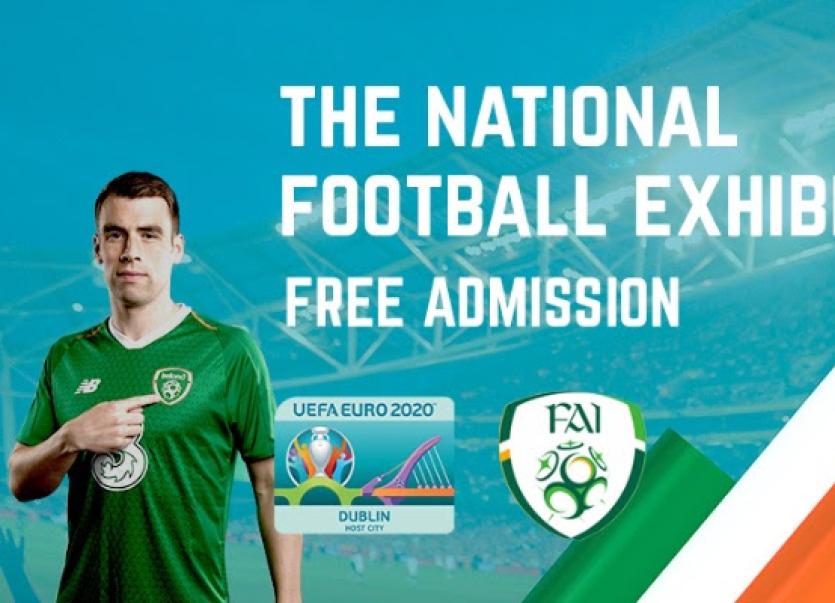 The National Football Exhibition is coming to Donegal

Former Republic of Ireland and Liverpool star Ray Houghton will be among the speakers as the National Football Exhibition roadshow comes to Donegal this week.

Houghton is a UEFA EURO 2020 National Football Exhibition Ambassador and the exhibition will run in the Regional Cultural Centre in Letterkenny from Friday, September 20 until Sunday, September 29.

As part of the build-up to UEFA EURO 2020, which will see Dublin host four games in the prestigious tournament, historical memorabilia from Irish football history and the UEFA European Championship is making its way to all corners of the country.

Letterkenny marks the fifth stop on the road and follows on from successful stints in Sligo, Cork, Limerick and Waterford.

Donegal with its rich footballing tradition will provide locals with a chance to see some items including Shay Given’s debut jersey vs Russia in 1996, facts about football in Donegal and items from Finn Harps and neighbours Derry City.

Donegal has numerous links with the international scene, not least Packie Bonner and Shay Given, while Houghton has strong Buncrana connections.

Current women’s star Amber Barrett hails from Milford while current men’s captain Seamus Coleman from Killybegs hopes to lead the team out in the Aviva next June.

Finn Harps recently celebrated their 50th anniversary in the League of Ireland and with neighbouring Derry City a short drive from the venue, there should be plenty of supporters coming to relive some memories.

The free Exhibition, which has attractions for all ages, welcomed a wide variety of visitors to date and has proved a hit for school groups and family outings.

The National Football Exhibition App which is available to download from the App Store or Google Play Store has a supplementary audio guide available in English or Irish, which gives visitors an extended insight into some of the items on display.

The Regional Cultural Centre, Letterkenny will provide the perfect venue and with the public opening on Culture Night, it is set to be a busy first weekend.

Prior to that the launch will be on Thursday at 6.30 pm with Mayor of Letterkenny Municipal District Council Cllr. John O’Donnell and FAI General Manager Noel Mooney among the other speakers along with Houghton.

A National Football Exhibition Grassroots Hero award will be given out.