Neil McDermott with his Coleman jersey

When Gweedore United U-10 player Neil McDermott wrote a letter to Republic of Ireland international captain Seamus Coleman before Christmas he was rewarded with a nice surprise in the last week.
The Killybegs man, also captain of Everton, wrote a lovely letter in reply to Neil and also included an Everton jersey with his name and number.
Neil was happy to wear the jersey even though he is a Man Utd fan.
In the letter Coleman talks to Neil about his injury and his delight in returning to training and thanked him for his support.
The gesture is mentioned on the Gweedore United Facebook page as follows:
Is maith Neil Mac Diaramada on fhoireann faoi 10 a fuair an geansaí agus an teachtoireacht galanta seo ó Sheimí Coleman inniú. Smaoineamh deas o Sheimí / Well done to Neil Mc Dermott from our U10 team who received this lovely message and an Everton shirt from Seimí Coleman today. A nice gesture by Seimí ⚽☘
Buillí fir Neil, maith thú⚽ 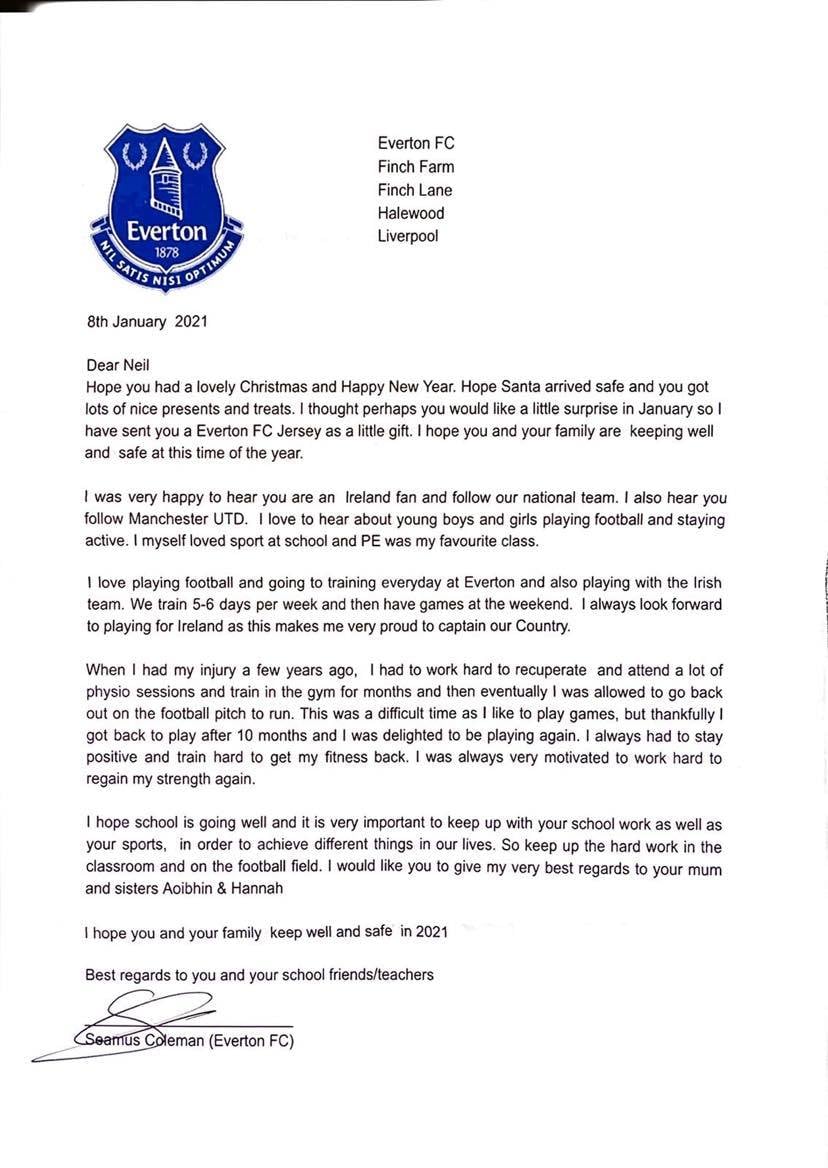