Women shouldn’t be an endangered species in Donegal politics 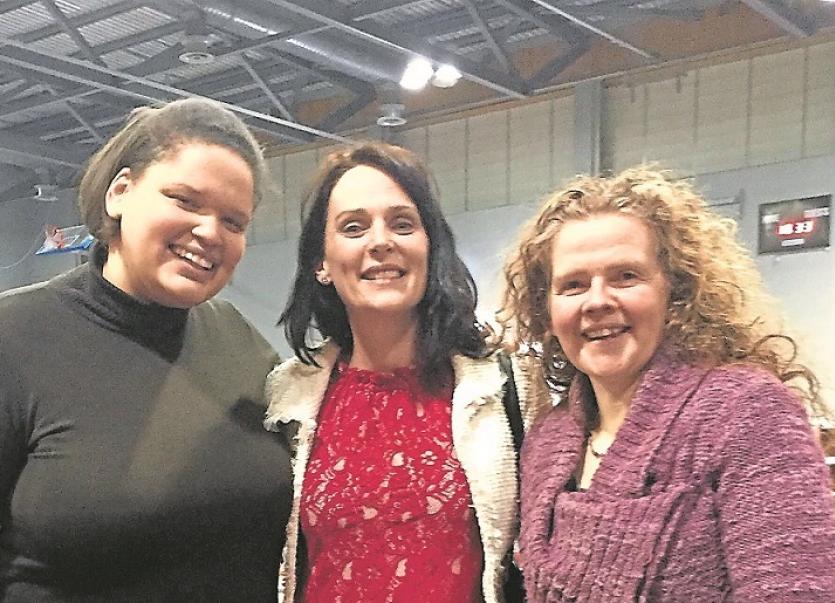 So the 2016 general election has concluded and we have seen a historical rise in the number of women elected to the Dáil, now 22 per cent, up from 16 cent*.

Although this rise is a far cry from equal representation, it is a right step forward and an advancement Ireland should be proud of. But can Donegal be proud too?

Last month, I was invited by candidate Paula Flanagan to observe the election count, an experience which highlighted how male-dominated politics is. Two women, Mary Coughlan and Cecilia Keaveney, have only ever been elected to represent Donegal in Dáil Éireann. This year sixteen candidates contested the election of which three were women: Paula Flanagan (Green Party), Cordelia Nic Fhearraigh (Fís Nua) and Niamh Kennedy (Independent).

Arguably the county’s voting history was against these women, but having followed some of their campaigns it was evident they had passion and dedication, while their skills and experience were also strong, Niamh being a sitting county councillor,. with Paula and Cordelia having considerable community development experience. The question was could voters see the merit in these candidates?

As the final voting figures have revealed, sadly not. Worse still, the women received just 3.18 per cent of 1st preference votes in Donegal. With such low votes the question arises: Why does the Donegal electorate not support women? We could easily say that’s just how democracy works or people shouldn’t vote for a candidate just because they’re a woman. But these answers do not get us any closer to addressing the real problem, that women are seriously underrepresented in Donegal politics.

On closer review there’s a range of reasons why women did not gain voter support to the same extent men did, one being there was no diverse choice - three women out of 16 candidates equates to just 18 per cent choice. Voters loyal to the political parties, namely Fianna Fáil, Fine Gael and Sinn Féin, who collectively received over 73 per cent of 1st preference votes, had no choice but to vote for a male candidate because not one of the parties put a women forward.

Donegal has no shortage of talented capable women, so why did so few run or were identified by the parties to stand? For the three parties, the situation in Donegal poses a question over their commitment to reduce gender inequality and support of women, especially in rural Ireland. And it also leaves them with some challenging questions to address this situation, like do they need to reform the way their candidates are nominated? Should more men in their party be stepping up and actively supporting women in the party to build political careers, even if it means putting theirs on hold? Should women be taking more risks and challenge their party’s status quo?

I chatted with Paula Flanagan about the importance of supporting women and the structures which pose them barriers. Paula noted, for example, women still carry out the majority of childcare responsibilities and highlighted the practical challenge for a mother running back and forth between Donegal and Dublin, stating that it’s not feasible and not family friendly. However simple things like changing working hours or holding video conferences could reduce such a barrier.

Why does equal representation matter?

But why does equal representation matter? Well apart from being a basic social justice, how can any policy or decision-making process be equal or even sustainable when half the population has no input into the structures which makes them.

If we’re a society that wants to advance and develop sustainably, we need to have men and women equally at the decision-making table.

As a community we also need to support women, by encouraging them to engage and value what they offer to politics. I’ve heard a lot of women say they’re either not interested or don’t understand politics. Politics impacts all our lives whether we realise it or not, so we have a vested interested to engage and follow what’s going on. As a community we should promote this.

While women also need to recognise the diverse knowledge and life experiences they have to offer, which will help create a more equal society for both men and women.

During the count I asked candidate Paula Flanagan what she had learnt by standing for election. She said, “You never know what you’re capable of until you do it."

Her words serve as an inspiration for other women, because until more women get out and try politics they won’t see what they are capable of and the skills they have to offer.

* This column was originally published in the March 10th, 2016, edition of the Donegal Democrat.