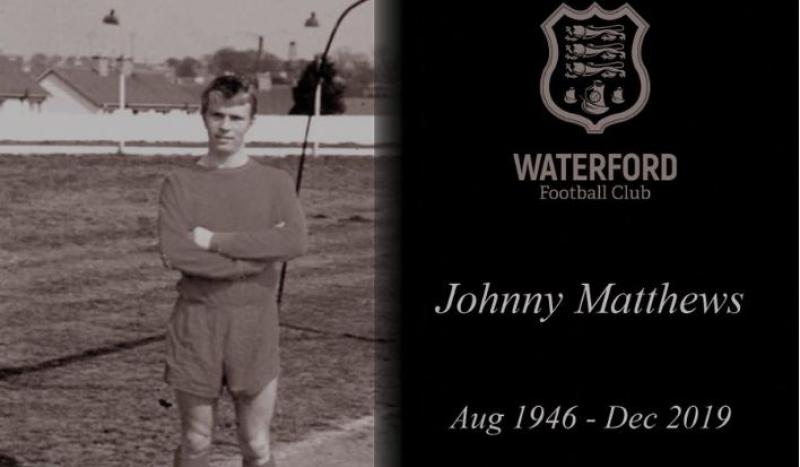 Older fans will remember him as a League of Ireland legend

The death has taken place of Johnny Matthews (73) , one of the most exciting players ever to play in the League of Ireland.

The English winger, who began his career with his home town club of Coventry City, moved to Waterford FC during the 1965/66 season, initially on loan.

But he went on to play for the Blues for 13 season and became a club legend during a period when Waterford were one of the top clubs. He had many great games against Finn Harps in the early 1970s, a time when Harps were right up there with the best.

He died on Christmas Day, aged 73.

He won seven league medals and played in 16 European Cup matches, and has the distinction of scoring against both Celtic and Manchester United.

He scored a penalty against Gordon Banks when he starred for a League of Ireland XI against an English League XI at Lansdowne Road in 1971.

On the managerial front he took charge of Limerick side Newcastlewest when they had a brief stint in the First Division. He also managed Waterford.

He scored 156 league goals. He also had spells with Longford and Cork United.

He was also a referee at a junior level while his other great sporting passion was cricket.